After another long day in the saddle yesterday the boys found a nice quiet site by a lake , just a short distance from the cycle trail. After a lovely evening & the realisation they had clocked up over 1000km since leaving home 10 days ago ……..


…….. They started to think about settling down for a good night’s sleep. That’s when music started on the far side of the lake. Not quiet music either, but a live band being blasted through speakers & clearly in for a long set!

​​
I’m led to believe there were loud ‘Victor Meldrew’ style mutterings of ‘I don’t believe it!’ from a very frustrated Andy, but to no avail. All they could do was lie and listen to an appalling rendition of the ‘Feenal Cintdown’ ( Final Countdown) and other wonderfully murdered classics as they desperately waited for it to be over.

Needless to say they were awake early this morning & back out on the trail, determined to reach the next huge milestone Toulouse, especially with the draw of having another good night’s sleep in a hotel .


Really once they get to Toulouse they really will be able to start thinking about the end of the ride, which they have avoided doing until now, they’ve worried even about looking at a map & realising how far there still is to go.

Once again the trail continued in the same way as it had yesterday – a lovely smooth multi-purpose track alongside the canal with the added benefit of the shade from the Plane Trees and plenty of boats  to watch as they went.


By 10 am they’d already completed 30 miles & had passed by the town of Agen, famous for its wonderful prunes. Here they also went across  Le Pont Canal – a pretty aqueduct over 500m long, built to carry the Canal de Garonne over the river of the same name.
There was certainly no time though to stop & take in the views & they carried on, reaching the town of Moissac by lunchtime, taking a break for some much needed food by the River Tarn that runs through the town.
The afternoon saw them blazing a trail along the side of the Canal, taking advantage of the easy cycling, although they were undoubtedly very tired but still determined to reach Toulouse.

They did stop at one point to take a look at the Montech ‘Water Slope’, an inclined plane on the Canal designed to carry the boats from one level to the next, avoiding a run of 5 locks. A bizarre construction with massive machinery to haul the boats up the slope, sadly not in use when the boys passed today, but all the same a great bit of engineering. 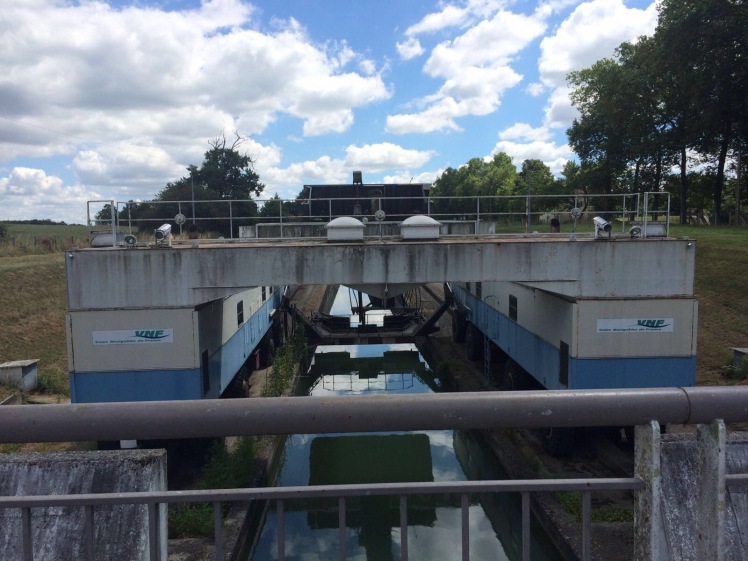 The boys’ determination paid off & they completed their day’s ‘Mission’ arriving at the hotel in Toulouse just after 6pm & immediately heading for a well-earned dip & opportunity to cool their legs in the hotel’s pool. http://m.accorhotels.com/gb/hotel-0906-novotel-toulouse-centre-compans-caffarelli/index.shtml

I think it’s fair to say that we all really can see the end in sight, quite incredible really when you think about the problems they’ve had en route.


The 91 miles today was exhausting & they do sound tired tonight, but that’s not surprising when I see they’ve actually cycled a couple of miles shy of 250 miles in the last 3 days!

So hopefully they’ll get a good night’s rest & then head on tomorrow to the beautiful old city of Carcassonne (about 62 miles).

Once there they’ll almost be able to smell the sea and the Finish Line at the beach!


If you are enjoying the blog & would like to support the boys in their efforts to fundraise for The Wooden Spoon Charity en route then you can add a donation through https://www.justgiving.com/fundraising/moortomedbybike&nbsp;