The incredible gardens at Valsaintes Abbey

I have always loved gardens, although I have to admit to not being a great gardener myself. A summer garden with deep herbaceous borders, filled with the scent and colour of roses is always a delight and we have some delightful ones around us in the UK, such as this one at Coombe Trenchard just outside Okehampton. 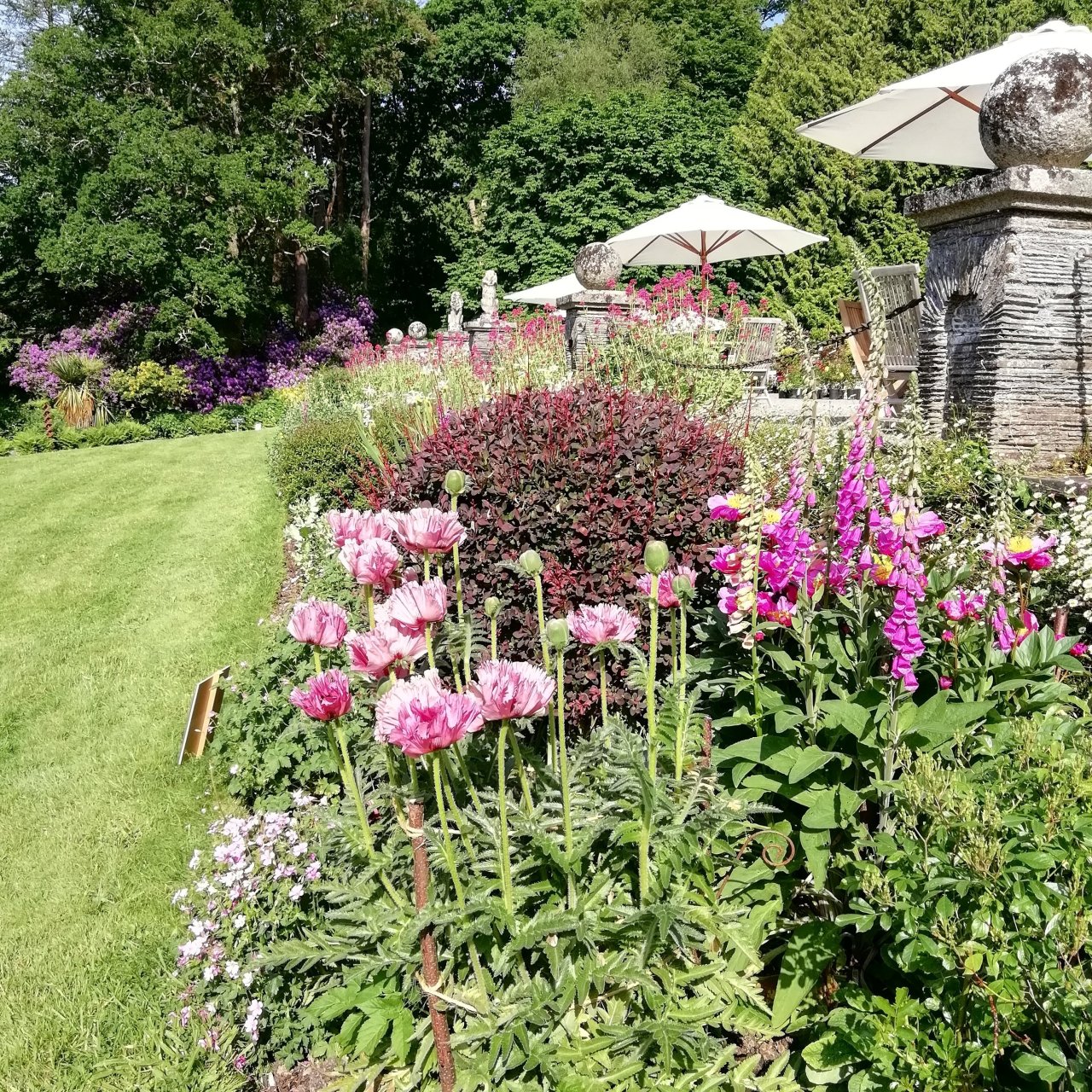 I know they exist in France and I still have Monet’s garden at Givenchy on my ‘must-visit’ list, but it certainly wasn’t something I had expected to find in Provence, which is known much more for its drought-resistant Lavender and Cistus than rambling roses and flower-filled borders. On my last visit though I was introduced to the beautiful gardens at the Abbaye de Valsaintes and what a hidden gem it is.

Set in the rocky landscape between Simiane La Rotonde and Oppedette, just across the border into the Alpes de Haute Provence, the gardens that sit around the old (recently renovated) Abbey are a delight in late May & early June when the huge collection of roses are in full bloom.

Looking across the garden towards the Abbey

The old Abbey dates back to 1180, when the land was given to the Abbey of Silvacane and 12 Cistercian Monks came to live in the valley of Boulinette. A ‘new’ Abbey was built and then blessed in 1672, with Monks living and working there until the French Revolution, when the Abbey was abandoned & taken over for use as a farm, stable and sheepfold, until it deteriorated even further.

However the site had long been considered a spiritual place for many centuries before the arrival of the Monks, with Paleolithic, Gallo-Roman & Celtic artefacts having been found there. Understandably there are numerous legends associated with the site and the unusual rock formations that sit within its land & even now there is a strong sense of ancient spirituality that gives the gardens a wonderful sense of peace and calm. 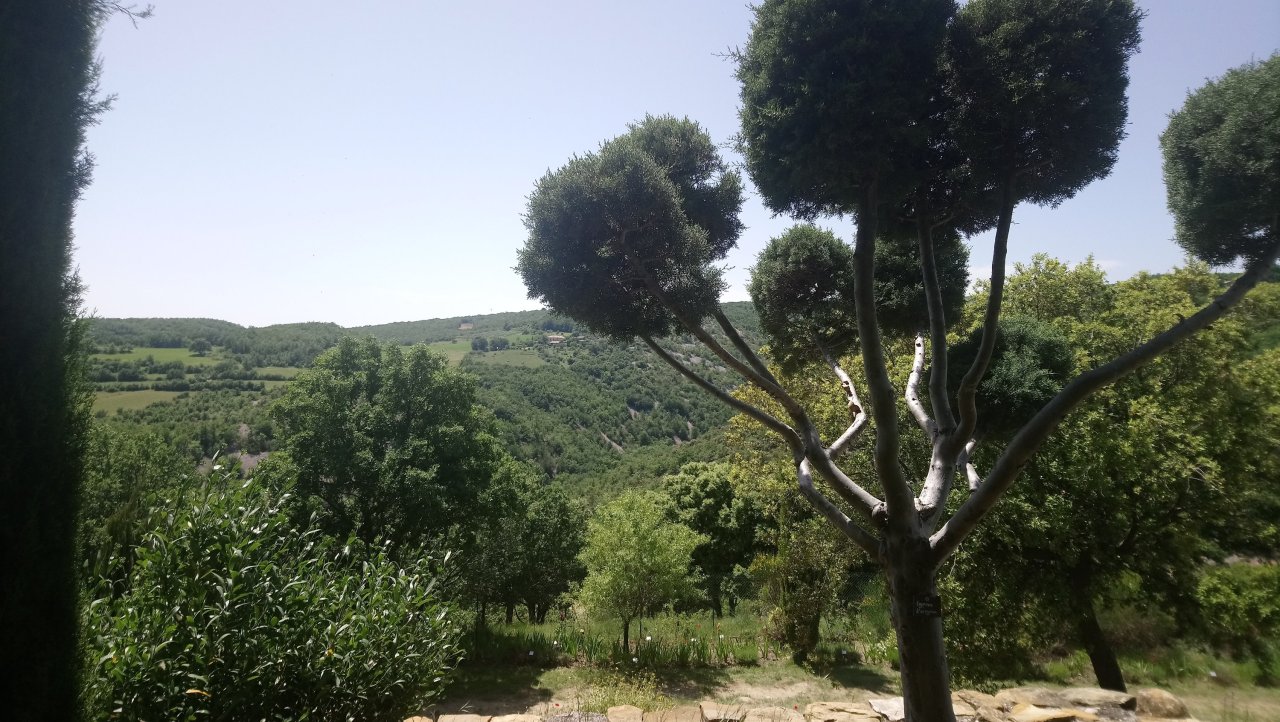 A sense of calm on an early summer’s day

The ‘Boulinette’ promontory, home to the Abbey, gets its name from the ancient Celtic sanctuary there, dedicated to the Sun God Belenos, which still is an important factor in this beautiful place.

A glimpse beyond the gardens

It is also home to very defined round & oval rocks that look like large eggs, also known as ‘Boulinettes’, which with other rock formations gave rise to the site being used for fertility rituals, which are still in place to this day.

In the grounds of the Abbey is a large rock shaped like a dragon, which was believed to represent ‘Deesse Mere’ Mother Goddess, (also known as Dame a l’Absinthe -Fee Verte, giving rise to the ancient name for the valley as the Val D’Absinthe)

The dragon was lying with her eggs laid around her, still clearly seen and recognisable to anyone with a keen imagination. Just below the Dragon Rock is a large round stone formation that looks like a pregnant woman’s stomach, a well-recognised fertility symbol. This has long been devoted to the ‘Mother Goddess’ and is still visited by women wishing for children, or pregnant women today. 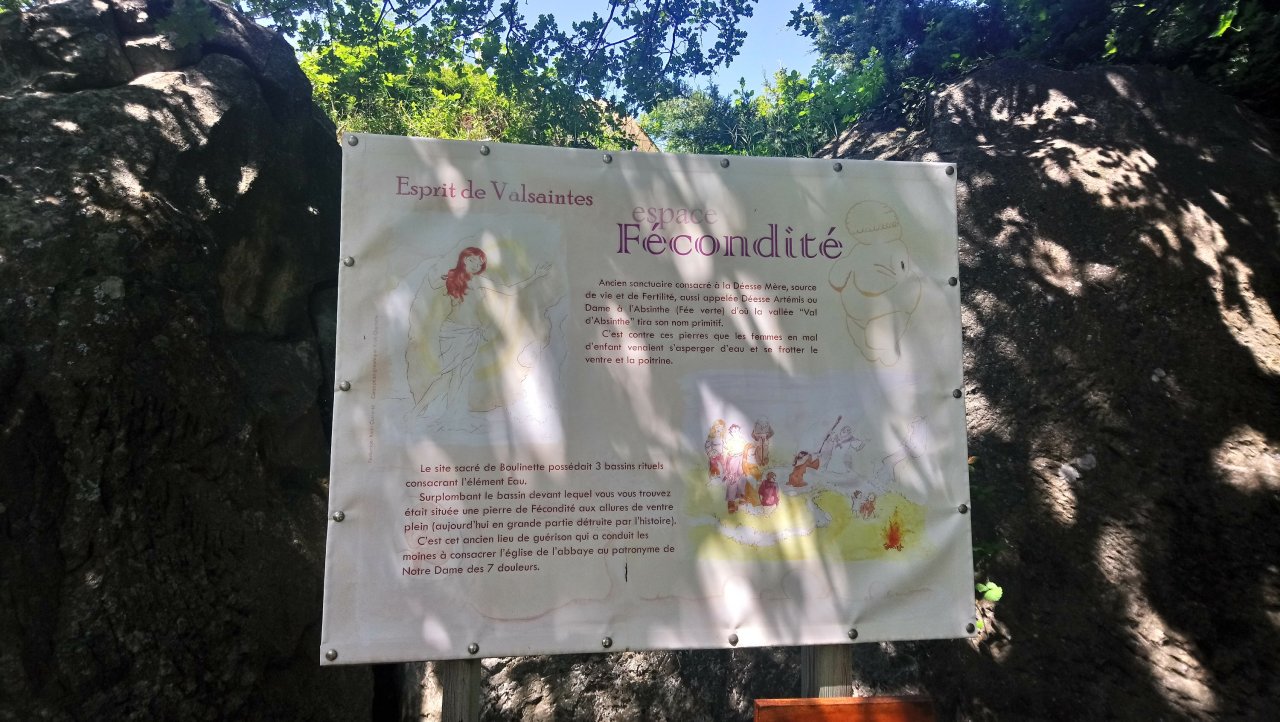 The legend behind the fertility site

The area by this site is beautifully shaded by an ancient Oak and another growing directly from the stones, shaped like a stag’s head and antlers. This little place has a serene, calm spiritual sense and it is easy to understand how it has captured people’s imagination since almost the dawn of time. 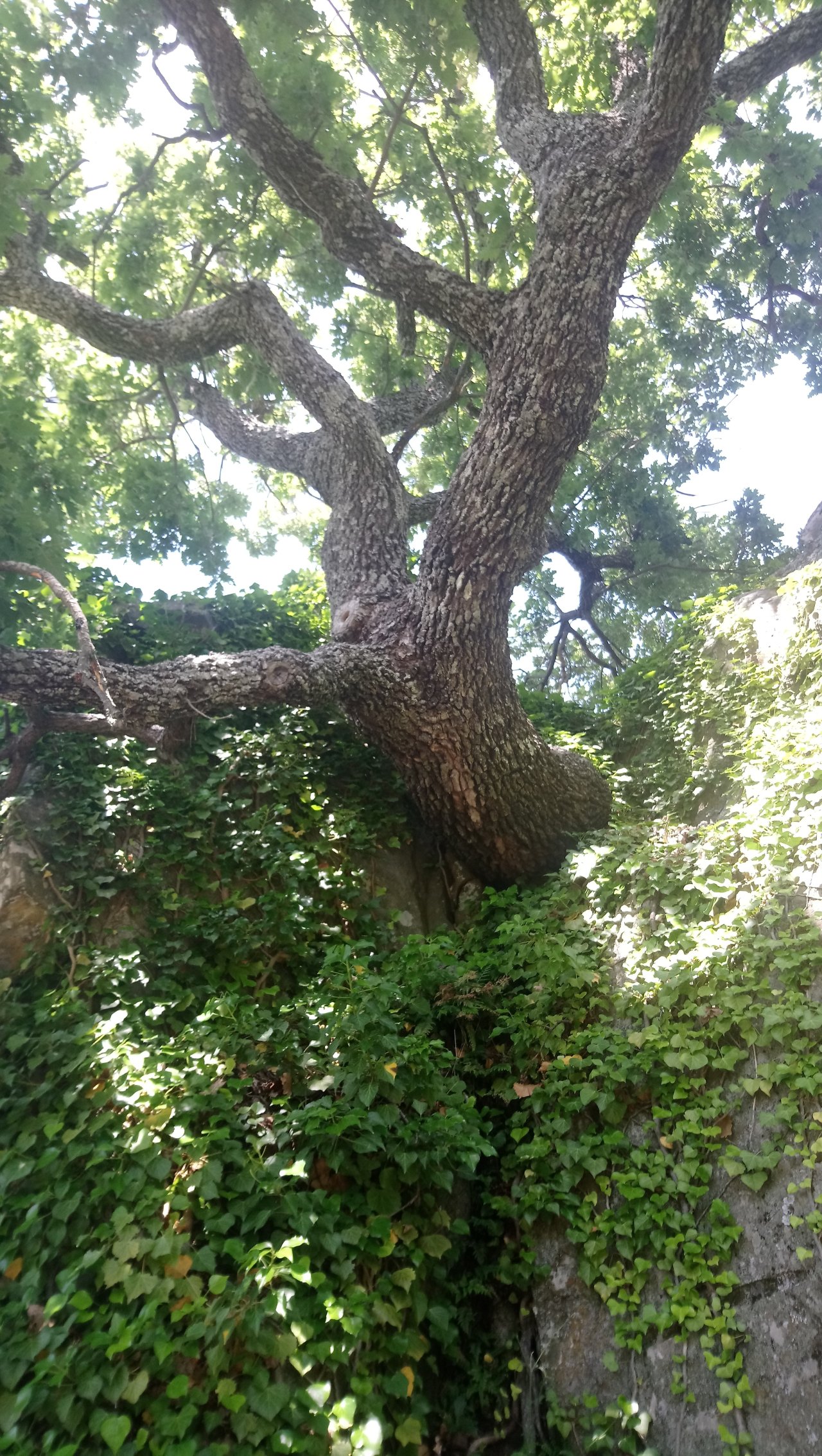 The stag’s head growing out of the rock

This is not the only unusual, ancient element to the site, which also has strong connections to the solar cycle and there is a standing stone at the edge of the promontory, around which notches have been cut into the rocks at very specific points.

The ancient stone that marks the critical dates

These notches allow for the sun to hit the centre of the standing stone on specific dates throughout the year, the Summer & Winter Solstice, the Spring & Autumn Equinox, Beltane & Lamas (1st May & 1st August) and Imbolc & Samhain (1st Feb & 1st November). This ancient clock that followed the seasons and worked in a similar way to the site at Stonehenge was clearly of critical importance for those who inhabited the valley many centuries ago. 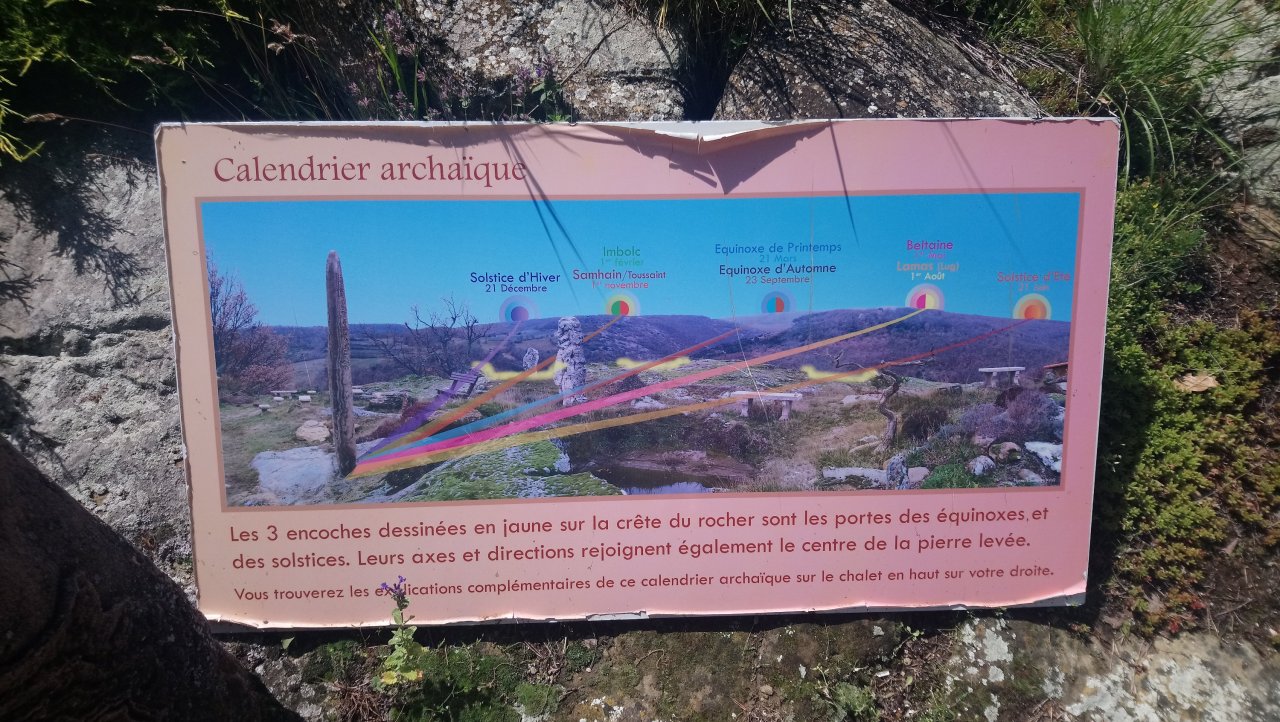 The link to the solar cycle doesn’t end there as the Abbey is also constructed to allow it to benefit from the low sun at the Winter Solstice. Built on the same alignment as a primitive grotto found at the site the Abbey has a simple circular window on its South wall above the main door. At 2.32pm on the day of the Winter Solstice (21st December)the sun shines directly through this opening, lighting the heart of the simple altar inside, a dramatic and beautiful sight, which pays testament to the building skills of the artisans working on the Abbey almost 500 years ago, capturing a phenomenon that had brought people to the site many centuries before.

An incredible sight that I would love to see

Although they had fallen into disrepair, the Abbey and gardens have now been beautifully restored, having been bought by a local Association in 1996, who have taken responsibility for it since.

The Abbey is a simple, calm space that is lit by beautifully designed modern stained glass windows, representing Earth, Air, Fire and Water, which seems so apt when you consider the strong spiritual link to Mother Nature at the site.

It is the gardens though that people really come to visit, an incredible rose garden that would be just as at home in the UK as it is in the South of France. The paths take you through various terraces that are edged with deep borders, filled with roses and perennial plants.

Wandering through the gardens

Over 600 different types of rose are grown in the garden, from traditional wild roses, to hybrids and large overblown blooms, the colours and scents are simply stunning. There are the shocking pinks…..

The scented and rambling ……

And the simply quite fun….. 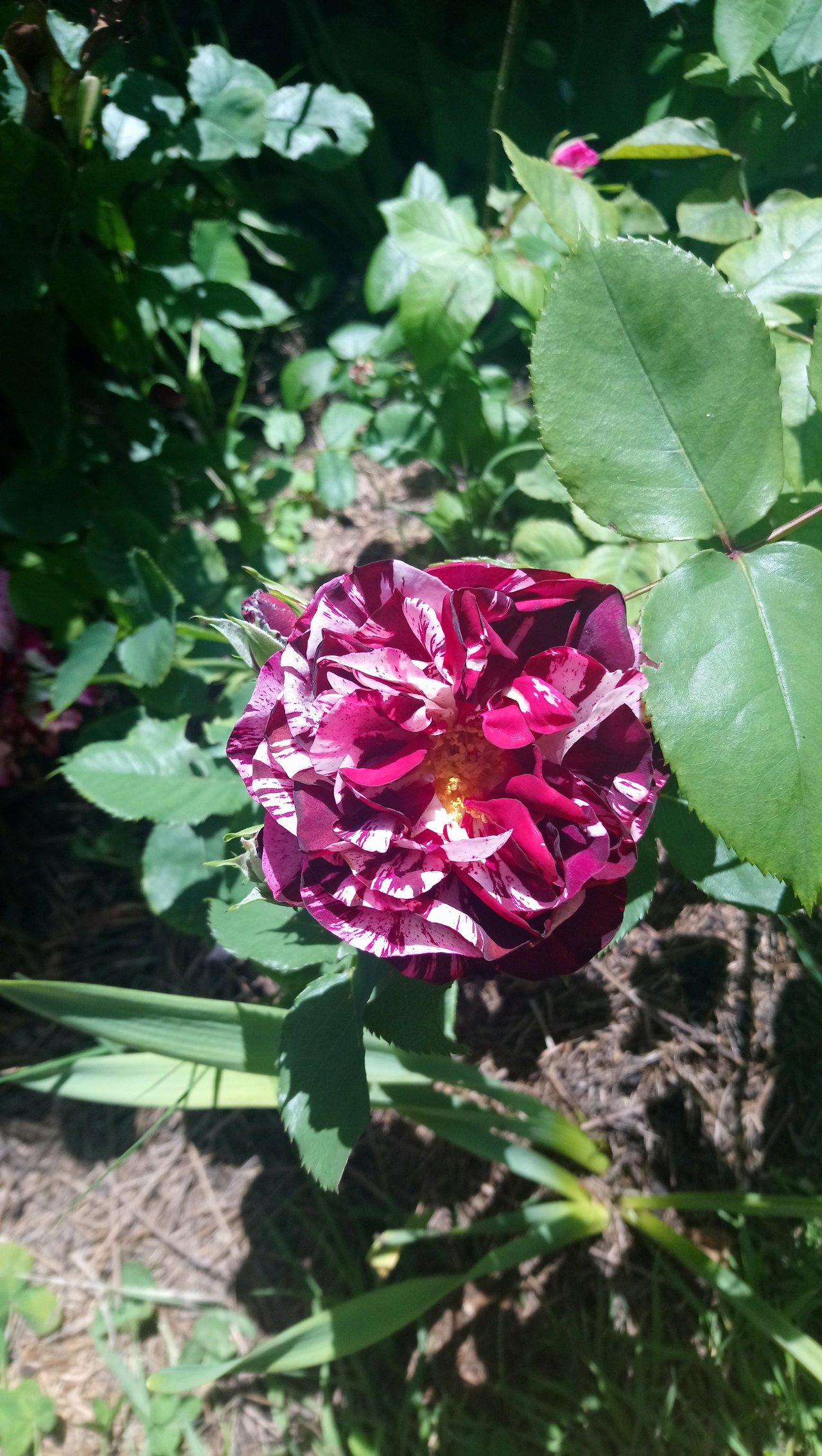 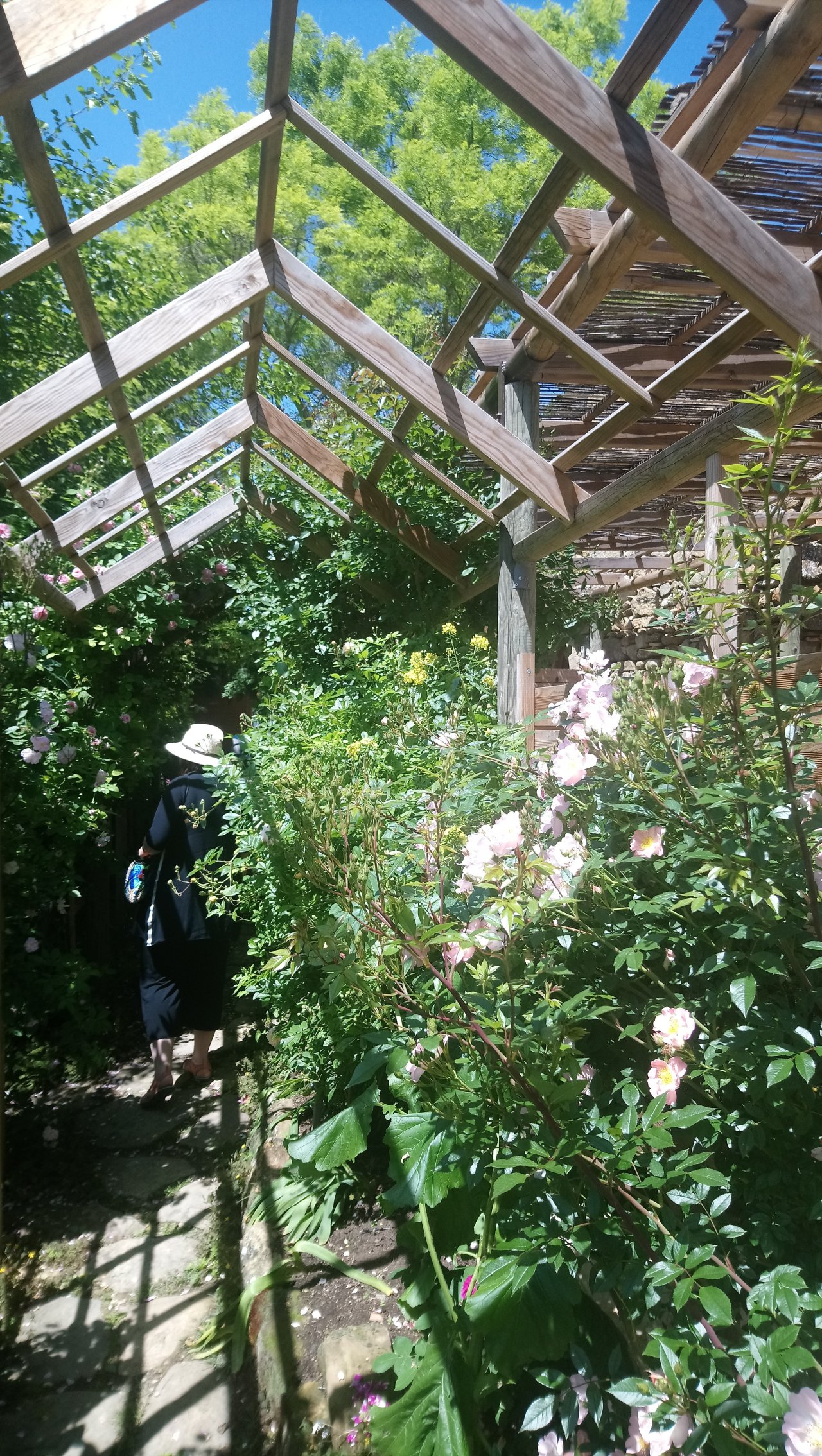 Offers shady corners to simply sit and relax on a sunny day – well used by Marina and I as we ambled around chatting.

It is also home to a thriving and growing vegetable garden, built on restored stone terraces, using crop rotation, with a strong emphasis on natural growing methods, minimising the potential for damage to the soil and of course encouraging wildlife. 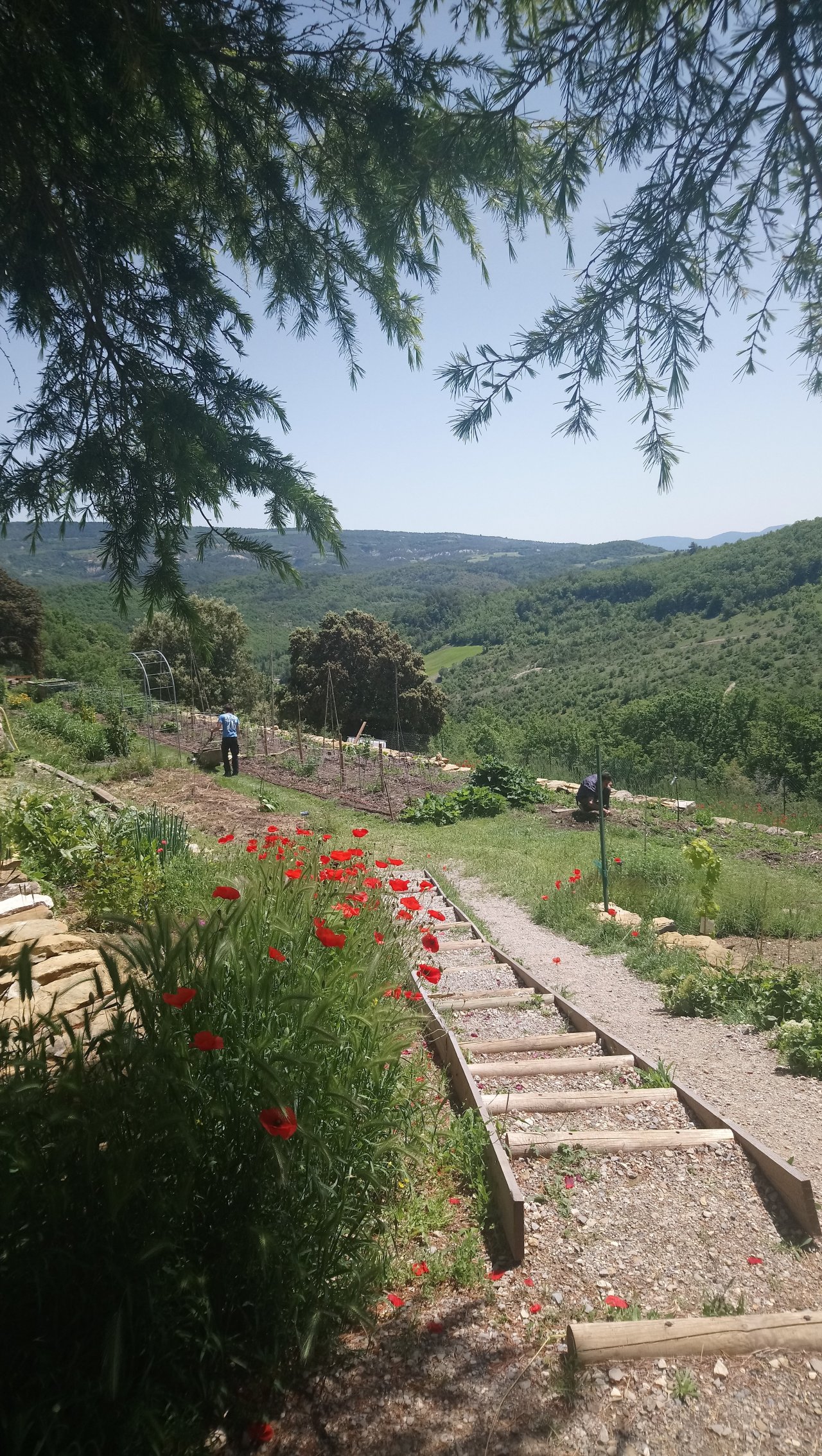 Wandering down to the ‘potager’ through the poppies

This really is a beautiful place to visit. There is so much to consider and take in – it is certainly so much more than just a walk around a nice garden – you can even get married here – now that would be really special! 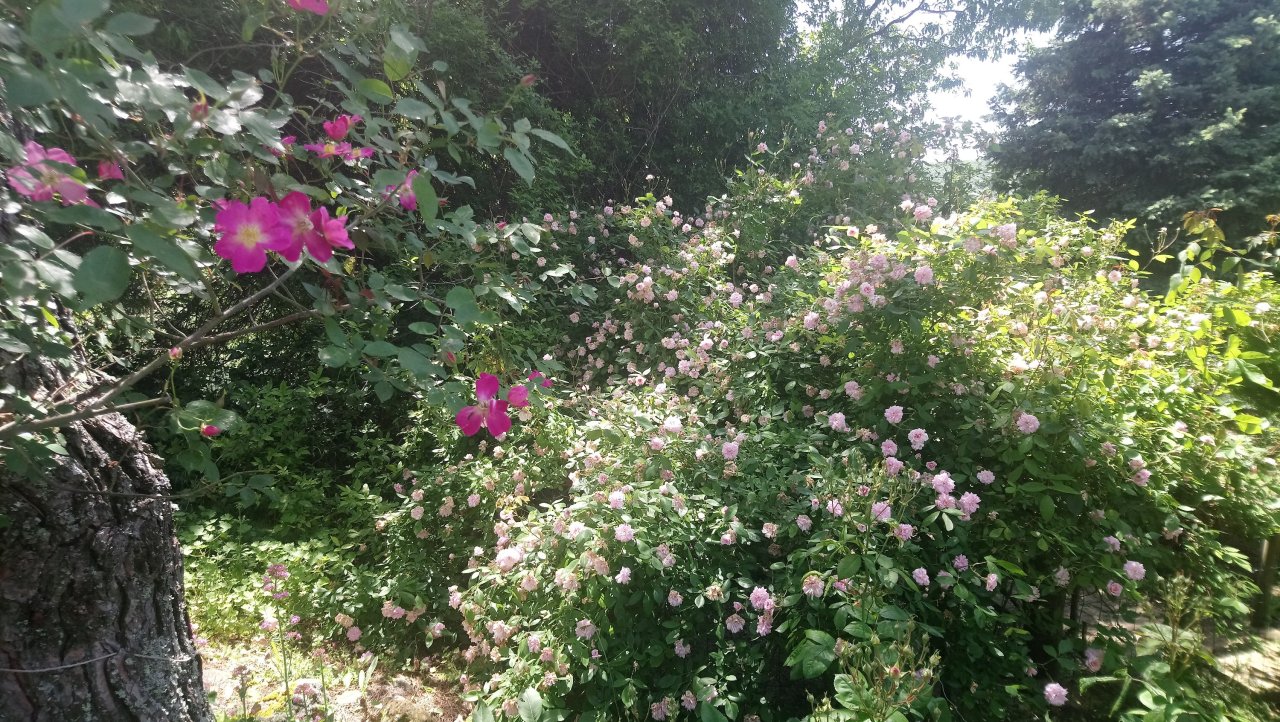 What a pretty and scented wedding location this would be….

Having been once I shall be back next year and probably the year after that too and on into the future. The garden continues to grow and evolve under the watchful management of the Head Gardener and the team who have created this wonderful space in a very short period of time and it is so nice to have it on our doorstep.

In fact the words on the back of the Abbey’s booklet sum it up beautifully:

For more information on the Abbey, Garden & opening times and events visit the website www.valsaintes.org or visit their shop www.jardin-abbaye.com

Shared via #allaboutfrance on the Lou Messugo Blog